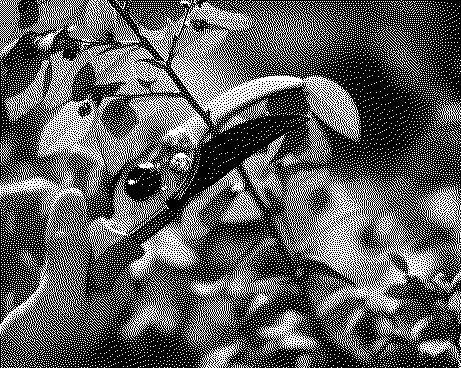 So, show of hands, how many of y’all took on random hobbies in the last two years or so? Same, same. It all started with Jennifer getting a little pathos plant and two succulents. I took it upon myself to help those plants avoid the normal fate of plants in our house. I researched, I set a calendar reminder for watering, I even got a little grow light. (My neighbors are no doubt incredibly confused by the purple glow that comes from my office all winter long.) To my surprise, my little plants started growing, maybe a little too much. I had to learn to prune, how to propagate new plants from the cuttings. Then a friend offered us free plants from their yard, I just couldn’t resist. My plant-minding grew to the outside with my precious hostas and cannas. I watered and tended all spring and summer to my outside garden. But, then winter came and I learned I was to cut them back to the ground. It seemed awful!

To my surprise, my canna and hostas came back this year! Even larger and healthier than before! Inside the house, what started as three pathos plants, now fills every room in our house. So many plants…in every nook and cranny of the house. (I hope family isn’t listening in, because some are leaving our house at Christmas.) Where I correctly prune, new, stronger growth comes. It’s amazing!

Obviously, this story isn’t so much about plants or my newfound hobby, as it’s about our epistle lesson today. Specifically, I want us to look at the middle core of our reading. The part about discipline.

Now, I don’t know about y’all, but I hate discipline. I hate receiving it and I definitely hate giving it. But, discipline is so important. So often, I think we look at discipline as only a negative. Today, however, I want us to leave thinking about discipline — God’s discipline specifically — as a precious gift and special grace given to us as his children.

Let’s gather around for another story.

As y’all may or may not know, I pay my way as a chaplain by working as a computer programmer. Specifically, I usually have some super boring title like “Manager of Data Engineering” which means I’m a programmer on the boring hidden stuff, but I also get to interact with business people and sometimes customers.

Though it’s mind-numbingly boring to talk about, my job is actually pretty awesome. It’s intellectually stimulating and something I’m good at and can take pride in. It allows me to support my family and the church without having to sacrifice myself fully to the gods of commerce and career.

But, my career over the last ten years would not have been possible without someone giving me some pretty difficult discipline.

Early in my career, I knew I was good at what I did and had a pretty big “truth to power” streak in me. I was idealistic and always ready to make waves to prove the superior point.

Well, in 2013 I got promoted to be a manager of a newly forming team. I was ready to go. I was going to be different than all the managers I’d had in the past. I was going to be the voice of the developer and push back against corporate and all the business folk trying to keep us down. I got in the big meetings and was never shy to let my opinion be known. E-mails flew from my laptop like lightening. Needless to say, I wasn’t making a lot of friends and was already starting to wear myself out under the stress of constant battles.

Thankfully, my boss, instead of demoting me back to a developer like he should have, decided to work with me. For the next six months, I felt like I was sitting in his office more than I was at my own desk. Hardly a meeting went by that didn’t end with a discreet IM asking me to see my boss in his office afterwards.

My boss’s discipline and critique was hard to take. I didn’t like being monitored. I didn’t like being treated like a child. I didn’t like feeling like I just couldn’t do anything correctly. But, you know what, the meetings started getting better. I formed coalitions. I solved problems without making enemies. People started to listen to me. I was able to make actual change. In sum, I started to thrive. I became a pretty darn good manager. People wanted to be on my team and were trying to transfer over.

Though, to this day, I don’t look back on my four years there fondly. (In fact they were pretty awful!) I’m extremely grateful for the discipline I was given. It’s been the foundation of the career that’s allowed me to pay my way through divinity school, start a family, and support ministries that otherwise wouldn’t exist.

My son, do not regard lightly the discipline of the Lord, nor lose courage when you are punished by him. For the Lord disciplines him whom he loves, and chastises every son whom he receives.

It’s easy to take discipline negatively. It doesn’t feel great. “For the moment all discipline seems painful rather than pleasant,” Paul says. Our natural inclination is to avoid discomfort and to run. Indeed, discipline without love is abuse and should be avoided. But, discipline in love, especially discipline given to us as God’s children should be embraced. He only chastises and disciplines those who he has received as children.

There is good news in God’s discipline. In discipline, God is treating us as his children. We love to talk about our adoption in baptism, but sometimes I think we forget how fully we’ve been adopted as God’s children. We’re in his family. He’s going to treat us as his own. He is training us for his holiness. He’s training us for the New Creation that’s beginning to break into the old even now! We’re born into sin and surrounded by it at all times. God is not surprised that he has to show us the correct way to live. His corrections are to help us. His discipline is because he wants us to be able to fully enjoy the fancy meals he’s inviting us to at his banquet table.

God’s discipline isn’t judgement. No! God sees that which is messed up in our lives and points us to greener pastures. He prunes the sinful away so that we can more fully function as the people he created us to be. God didn’t create us this way. We are made in his image, but sin messed all that up. His discipline is pointing us back to what our nature should be. We were made to stand naturally and joyfully in the beauty of his holiness. Where God corrects and redirects, he’s simply pointing us closer to being fully human.

Therefore lift your drooping hands and strengthen your weak knees, and make straight paths for your feet, so that what is lame may not be put out of joint but rather be healed.

God knows we’re messed up. He knows our hands are drooping around hardly able to catch the ball. He knows our knees are wobbly like a baby colt and that we’re hardly able to run. That’s why he gives us straight paths! That’s why he leads us away from the rocky roads of sin. His desire is for us to make a straight line to his loving arms where we will be entirely and completed healed.

So, let us train for the race God has placed before us. Grab your prayer books and pray with them daily. Allow the daily pattern of reading God’s holy word to infuse your life. The Spirit will convict you. You will see the many places you are falling short. But, in the discipline, you will feel the deep presence of God’s love. He knows you can’t do it and he’s holding out his hand to pull you along.

We don’t get to choose the race we’re going to run in. That’s God’s doing. We’re in the leg of the relay race he’s decided to put us in. But, like a good coach, we’re not left to our own devices. God gives us training to make us better runners. God gives us teammates to push us along. God gives us eyes to see the runners who have completed events before ours. And, above all, he gives his very life into our bodies to strengthen and nourish us for the race ahead.

Therefore, since we are surrounded by so great a cloud of witnesses, let us also lay aside every weight […] let us run […] looking to Jesus [..] who for the joy that was set before him endured the cross, despising the shame, and is seated at the right hand of the throne of God.

In just a few moments, we’ll gather together around this table. We’ll look towards the cross and together we’ll join our voices with “angels and archangels and […] all the company of heaven” in praising God. This is not a metaphor. This is a reality. At this table, time ceases to exist, and we gather with all the saints who were, are, and will be to worship Jesus in glory on his throne.

At this table, we stand with grandparents, mentors, friends, brothers, and sisters. We look to them, knowing they have already finished the race. We listen to their stories and take their advice to heart. But, if we look more closely, we will notice that the whole host standing before us is not looking down on us but looking towards the throne. They are not spectators of our race, but rather witnesses to the unimaginable graces of our Lord. They look towards Christ knowing he is the source of all life.

So, “since we are surrounded by so great a cloud of witnesses, let us also lay aside every weight, and sin which clings so closely, and let us run with perseverance the race that is set before us.” Eat this bread. Drink this wine. “that our sinful bodies may be made clean by his body, and our souls washed through his most precious blood, and that we may evermore dwell in him and he in us.”

Be pruned. Let God cut back that which is dead, that which is growing astray. Eat this meal, stand in his light, and marvel at the new growth his Holy Spirit will pour into your life.

In the name of God: the Father, the Son, and the Holy Ghost. Amen.