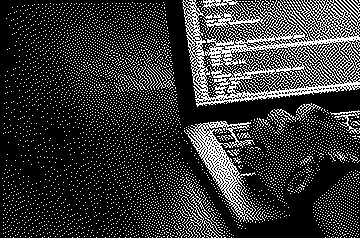 I don’t know what it’s like in other professions, but in software development there is some expectation of a meritocracy; those with the most ability should be in charge. The good programmers who develop stable, well-designed systems should be promoted and the less skilled developers should listen, follow, and learn. For me, at least, in university and my early career, this is exactly how things worked. The skilled programmers got the good projects, got opportunities to design new systems, and got to set the standards for others to follow.

Ah, but the meritocracy could not stand forever. As demand for software grew, people entered the field not because they were computer nerds, but because of the money. Enter the “bro-grammer.”

When I first encountered a bro-grammer at work, it wrecked my world. This guy wrote horrible code, didn’t understand basic architectural principals, and — yet — all the business leaders seemed to listen to him. He and his like were being promoted and gaining voice in the organization not because of their technical skills, but because of their social skills. He knew how to play the corporate game that us developers didn’t even realize was happening around us.

It goes without saying, but nerd developers really don’t like bro-grammers. They’ve cheated the system, wreaked havoc in in our lives, and stole the promotions and voice that rightfully belongs to those more qualified.

Because fallen humans are fallen humans, I’ve no doubt a similar dichotomy exists in many other professions. Lord knows it exists in our politics, too! I’m sure, right now, we’ve all got specific people in mind we’ve run across in our lives.

Zacchaeus is a bro-grammer. When the Romans came to town, he and his like played the game and sold out their own people for profit and gain. Zacchaeus is that work friend who you were open with just to find out he shared everything with the boss. He’s the grandson who sold Nana’s silver to get a new stereo in his car. He’s that kid you were friends with in elementary school, but who ignored you completely when she became popular in middle school.

Zacchaeus is rich because he plays the Roman game. The skilled craftsmen, rabbis, and farmers — the rightful elders of Israel because of their skill and care for the community — struggle under the thumb of Roman oppression and taxation. Zacchaeus broke the expectations of a meritocracy. He didn’t earn his wealth or position fairly and he is not well-liked.

The context for today’s reading in chapter 19 starts back in 18. Jesus, on his way to Jerusalem, passes through many towns and villages. In chapter 18 there are three leading thoughts that help us better understand Jesus and the crowd’s interaction with Zacchaeus: 1) First there’s the rich young ruler, 2) Second the blind beggar, and 3) Third, the city of Jericho.

Ancient Jericho, that grand walled city, earned its status. When money and effort could have been placed elsewhere, the people of Jericho put it all into the walls. The walls brought safety and stability. The walls brought economic gain. Jericho earned her riches.

The rich young ruler did his work, too. He followed the law of Moses. He worked hard and honestly for his wealth. He was a leader of his people. The merit of his choices was obvious in his life.

But Jesus has other thoughts about wealth. He says:

The walls of Jericho must come down for God to redeem her. The rich young ruler must sell everything he has and give it to the poor.

Directly after departing the rich young ruler, Jesus meets a blind beggar on the road to Jericho. This poor and powerless man calls to the “Son of David” to have mercy upon him. Jesus hears his call and restores his sight.

But, as Jesus enters Jericho, we learn that the thoughts we’re connecting in our head don’t really paint a complete picture. Jesus has come not to ignite a peasants’ rebellion, but to “seek and save the lost” (Lk 19:10, RSV).

Zacchaeus, up in his tree, is just trying to get a look at this guy that everyone’s talking about. He’s not seeking Jesus but wants to see what this is all about. He’s gotta see what this guy looks like to figure out how he’s getting such a following with such a strange message.

So, it’s not Zacchaeus that approaches Jesus. He doesn’t call out “Son of David have mercy on me!” like the blind man. Nope. He’s just up there in that tree to get a good look. It’s Jesus that calls Zacchaeus down.

Jesus seeks Zacchaeus not because of merit, but because of his deep need for God. Jesus knows a yearning that Zacchaeus hasn’t even fully realized much less named. Jesus, freely, out of love calls Zacchaeus, overlooks his many sins, and dines with him, just as he is. The dinner isn’t recorded, but the words and fellowship of Jesus drove Zacchaeus to drastically change his life and profession. — Jesus put a camel through the eye of a needle and he did it in the span of a single dinner. Joshua isn’t the only one doing miracles in Jericho!

I gotta say, I feel them.

Zacchaeus got a private lunch with the CEO, and he’d never even worked at the company!

We’re out here following the teachings of scripture against Roman oppression and this traitor who’s gained everything he has through theft is the one the Messiah calls? Jesus gives grace to the guy who stole half my crop in taxes? Zacchaeus is eating my kids’ flour in his cakes while we’re struggling with lentils in broth?

But do you want me to let you in on a little secret? Jesus wasn’t just calling Zacchaeus that day. Yes, the tax collectors needed Jesus. Yes, they needed to change their ways. But Jesus was teaching those of us who think we got some merit something, too: God’s grace is wild and free.

By God’s grace, we’re already at his banquet. By God’s grace we’re in his Body and surrounded by a community of love. Our struggle is not to accept God’s grace in our lives, but to accept the grace he gives “undeserving” people. If we cannot welcome them, then we are not truly his body.

I know a man who spends a good bit of his time on or near Broadway downtown. He’s not there begging, but he is homeless. He’s on Broadway because he’s struggling with addiction. If you’re down there, you might see him sitting against a wall or on a bench looking a little out of it.

He told me something a while back that has really stuck with me. He said that — while dealing with his demons of addiction, self-doubt, and past pain, was difficult — the worst feeling was when well-meaning Christians would evangelize to him. He totally got why they would, but what bothered him was how they were unwilling to accept that he was a Christian when he said it. His merit wasn’t there so they just wouldn’t believe him. This deeply hurt him. The isolation of addiction was bad, but the exclusion from his Christian family hurt deeply.

This man happens to be one of the most serious Christians I know. We’ve had deep discussions on God’s grace, the problem of evil, and so much more. This man has enriched my life as a Christian and sharpened my faith. I’m so sad for the well-meaning Christians who couldn’t see past his outward appearance and couldn’t accept God’s grace freely given to such a person. They missed a great opportunity for Christian fellowship!

Whether it be at work, on the streets, or in our families, we all know bad people. And yet “Christ Jesus came into the world to save sinners” (1 Tim 1:15 KJV).

It is not enough to know the Good News; we must live it in our lives. Sometimes that’s offering forgiveness and grace to someone who’s wronged us. Sometimes that’s kneeling beside another Christian and saying “Lord, have mercy on me a sinner!” in humbleness without comparison; rejoicing that Christ equally saves the life-long Christian and the 60-year-old business man who just came to faith. New or old, no matter what was in the past, Christ calls us to invite all our brothers and sisters into his feast.

It turns out that often times the hardest part of the Christian life isn’t the spiritual disciplines but tearing down our own walls that prevent the radical, unearned love of Christ from filling our hearts. The feast is his. He controls the guest list. Kings will sit next to beggars. Nuns will dine in the company of prostitutes. Tax collectors, bro-grammers, and so many more. In Christ, we rejoice together at each name added to the Book of Life; even when it’s shocking to see some of the names that made the list.

O God, the Father of our Lord Jesus Christ, our only Savior, the Prince of Peace; Give us grace seriously to lay to heart the great dangers we are in by our unhappy divisions. Take away all hatred and prejudice, and whatsoever else may hinder us from godly union and concord: that as there is but one Body and one Spirit, and one hope of our calling, one Lord, one Faith, one Baptism, one God and Father of us all, so we may be all of one heart and of one soul, united in one holy bond of truth and peace, of faith and charity, and may with one mind and one mouth glorify thee; through Jesus Christ our Lord, who liveth and reigneth with thee, in the unity of the Holy Ghost, ever one God in glory everlasting. Amen.

In the name of God: the Father, the Son, and the Holy Ghost. Amen.