His Word has Made it So 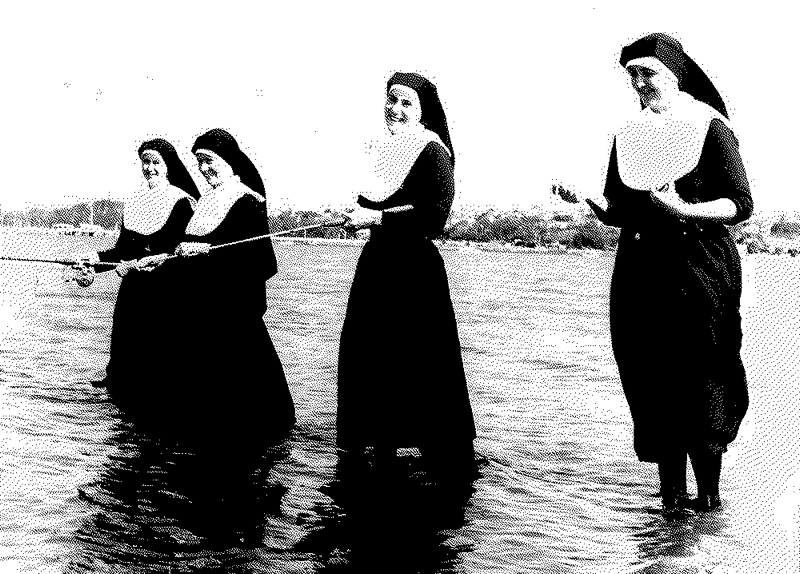 In this room alone, how many sermons have we heard on this passage? Dozens? Maybe even hundreds? And, yet, these words are impactful each time. Why?

There are two main reasons, I think. The first is guilt. The second is hope.

For many people, their hearts sink at hearing this passage. They remember times they were called by Christ, but did not listen. They have guilt. They have anxiety. They worry they might again, maybe even in this moment, be confronted with another call. Again, they might have to decide to answer God’s call or to ignore it.

Others, hear Christ’s call to follow him in Matthew and are filled with hope. There is joy and hope in being seen by Jesus as being worthy enough to be asked to follow him.

Though I can’t promise guilt won’t be a feeling today, my focus and the τέλος of this homily is going to be hope.

Today’s Gospel comes just after Jesus has kicked off his ministry. Jesus has been baptized by John in the Jordan. He has resisted Satan’s temptations in the wilderness. Jesus has lived out — perfectly — a metaphorical re-crossing of the Jordan and a re-journeying to the Promised Land. Jesus has stayed perfectly true to Yahweh.

Having arrived in the land God promised his people, Jesus begins to enact one of his greatest miracles. He begins to form his body on earth out of his rebellious Israel, just as he promised Abraham so many years before.

Peter and Andrew are busy working by the sea. It’s a normal day for them. Jesus, walking by the sea, sees the two brothers. He sees and then he calls. Jesus is the first actor and the initiator of this call.

“Follow me” — without knowledge of what’s going to happen or really who this guy is, Peter & Andrew drop what they are doing and leave it all behind to follow Jesus.

A little way down the shore the same story plays out again. Jesus sees two brothers and he calls them. James & John, immediately answer, leaving it all behind for a man they hardly know.

What are we to draw from all of this?

For starters, God moves first. This isn’t about us or what we bring to the table. The call to discipleship is a miracle of God. The eternal Λόγος calls a people into existence and they are because he has spoken it. He calls disciples to follow, and the miracle is that they are given the will and strength by the Holy Spirit to do just that.

Second, to be called, means you have been seen. You are not lost, you are found and called. Jesus’ call is not loudly shouted over the sea to anyone who might hear. Jesus does not yell across for any fishermen willing to follow him to come join him on the other shore. No. Jesus goes. Jesus goes and finds his people. He sees his sheep and he calls them one-by-one to follow him.

We stand together in this room known by God, found in his love, seen by his eyes through-and-through. He knows our every part for he “knitted [us] together in [our] mothers’ womb[s].” We are “fearfully and wonderfully made” by a loving God who sees us and calls us to be his own. God’s creative and restoring Word lives and moves around us. God calls us into the miraculous restoration of all things through his loving Word.

God’s words, including his calls, will not return to him void. What the Word says is true and will be made true even among those who at first don’t believe.

“Go in peace to love and serve the Lord.” — His words make it so.

Jesus has called every person here today. In our baptism he made us God’s children by adoption and heirs of the eternal kingdom. Jesus declared our adoption in his own voice, and his words made it reality. The question for today, then, is not if we will answer God’s call to follow him. The question is, having answered God’s call and having been equipped in baptism by receiving the Holy Spirit, when are we going to drop our broken nets and get a move on?

Jesus says, “Repent, for the kingdom of heaven is at hand.”

Jesus says, “Follow me, and I will make you fishers of men.”

Jesus says, “Come to me, all who labor and are heavy laden, and I will give you rest.”

God’s Eternal Word has declared it and made it so. Do we truly believe?