I'm *Not Tired Yet 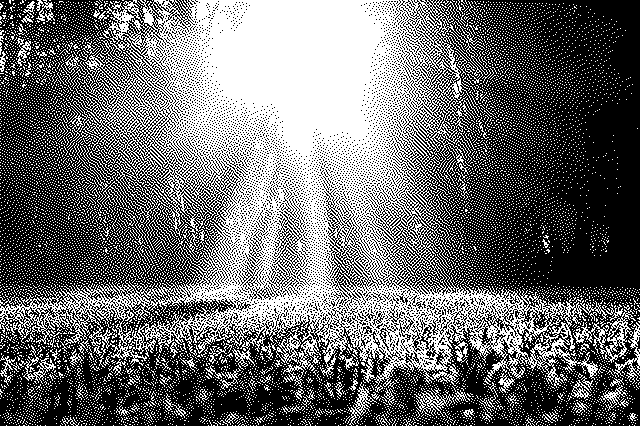 I don’t know about y’all, but there’s a lot of noise in my world right now. Politics — almost always a bunch of clanging symbols — is in high gear. The pandemic, still running wild across the world, is — as almost all things seem to be — a divisive often partisan topic. Race is a topic. Police are a topic. Riots, looting, and vandalism are topics. Gender & sexuality didn’t stay in 2019, either, and decided to join 2020’s party. It seems every bizarro COVID-19 2020 interaction is full of strife.

Into this strife and stress, we’ve got a lot of people trying to tell us what to do and think. They peddle “truths” about the pandemic and lump the rest of our hopes for a better and safer future on a particular political party or candidate. To watch the news or be on social media is to be surrounded by the clanging sounds of voices who all seem to have the answer and are angry that you, like an idiot, haven’t hopped onto their train to salvation yet.

I don’t know about y’all, but I’m tired. I’m tired of the conflict. I’m tired of the fighting. I’m tired of having to work my way through each and every conversation and potential interaction in this COVID-19 world of 2020. Most of all, I’m tired that in this noise no one seems to be listening to the one and only voice that even matters.

In all the big and difficult discussions and decisions of our world everyone is running around looking for that new idea or new leader that’ll fix things. Even in the Church, we’re seemingly paralyzed, not knowing how to move forward even when we’ve got thousands of years of documented interactions between God and man where God gets humanity out of all sorts of problems. (Let’s not even mention the indwelling of God’s own Spirit that we receive in baptism.)

Today’s gospel reading, puts us into a tense and confusing political situation with some similarities to our own. Gentile Rome rules from God’s Holy Jerusalem. The people are divided between appeasement & cooperation, revolution, and those too dang poor to even care. Saying the wrong thing around the wrong people can get you taxed and oppressed within an inch of your life or literally crucified.

Jesus rolls into his hometown, Nazareth, after kicking off a pretty spectacular ministry. John the Baptist was Instagram famous out in the desert, but Jesus’ ministry was making it to CNN. Mary’s son was starting to get noticed and those who knew him best, wanted to see what was going on.

The imagination of the Jew contemporary to Jesus was focused on what solution was to be had about their current situation. A Messiah would maybe come, but what new solution and leadership would he (or someone else) bring to their problems? Was there a way to escape this global Roman empire? Was there a way for Israel to be free again? Many before and after Jesus stood up and said they had the answer. They were the one’s with the plan to get God’s people back on track. Whether poised as a messiah or a great political leader, their new ideas got a lot of people killed and would eventually lead to the total destruction of the Temple and Jewish heads lining the road to Rome.

The Nazarenes coming to synagog in our gospel reading today, know Jesus has reportedly been saying some stuff. Word on the street is that he might have some ideas about establishing a Kingdom of God. Some have heard that he’s told a few people in secret that he’s the Son of God. At any rate, people are there hoping for a show.

Luke tells us that Jesus was a regular reader and preacher at his hometown synagog. No doubt the people that sabbath had heard Jesus preach from the law and the prophets many, many times. This was the synagog Jesus attended and taught at before his public ministry. The people of Nazareth had heard him, Jesus, God the Son, preach the whole revelation of God many times. (Remember this. It’s important here in a bit.)

This time, however, Jesus is going to take the “new” approach they’ve been looking for. Jesus stands (as was tradition) to read from scripture. He starts reading from the Isaiah scroll with chapter 61 verse 1, but then he merges 58:6 into the mix to make the global scope of God’s salvation clear. Right there with the scroll in front of him, Jesus remixes the written Word of Scripture. (Not everyone caught what he was doing, but no doubt the other rabbis did.) Jesus sits down (as was also the tradition) to preach on the text he just read and instead of a sermon says “Today this scripture has been fulfilled in your hearing.” Mic drop.

Do y’all see what Jesus is doing here? I mean, first, and most shocking, he’s telling his hometown that he openly identifies with the Messiah of Isaiah’s prophecies. (That’s the show folk came for and he gave it to them.) But, there’s more there. Remember what I said about the Nazarenes having heard him preach the whole revelation of God even before his public ministry had started?

The answer to the many questions and problems of Jerusalem and Nazareth of Jesus’ day is right there in Isaiah. “preach good news to the poor”, “release … captives”, “set at liberty those who are oppressed”, “proclaim the acceptable year of the Lord.” This is the same order given to Moses. This is the same law that Jesus over and over again shows points to the greatest law which is God’s love. Jesus isn’t just saying, “Hey, folk, I’m the Messiah.” He’s also saying that he’s fulfilling the scriptures. They’re relevant. They’re truths that do not change. They reveal the character of God and how he would have his creation live together.

Jesus didn’t come to give us some new, secret truth to life. No, he came to reveal God to us. That God, interacted with his people for centuries. That God was Jewish. That God spoke, loved, and provided even before he became man. That God and the world he wants us to inhabit should have been known in Nazareth. It turns out the new answers folk were looking for, were just old answers actually practiced.

There’s a whole army of self-appointed thought police out there that want to shut down any interaction between the revelation of Scripture and our current situation. If you start reading Isaiah and thinking like Moses and Joshua, you might find yourself called a Marxists. If you push back against leaders who promise a salvation they aren’t able to give, you might get called a religious nut. If you seek charity and understanding, you might get called weak. If you choose to see God’s image in all of his creation, you might get called an idealist. If you call out the pains and problems experienced when our humanity is disconnected from God’s life-giving ways, you might be called a bigot.

I’m tired. You’re tired. Isaiah no doubt got tired saying what he had to say over and over again. Jesus taught what God had been communicating for millennia. Folk, we can’t stop.

Throughout this pandemic and time of societal and political turmoil, one song has seen me through, the Mississippi Mass Choir’s “I’m not Tired Yet.”

Sometimes you have to say it and pray it before you believe it. I know we’re all tired, but there’s too much going on in the world for us to keep quiet about the Lord of All Creation.

The people of Nazareth had to run Jesus out of town to get him to stop proclaiming “the acceptable year of the Lord.” May, with God as our helper, that same zeal find its way into our interactions. The wisdom, insights, and solutions we bring to the table from Scripture are not new, but in Christ all can be made new. In the name of the Father, of the of the Son, and of the Holy Spirit. Amen.